To say that there was a spectacular turn out for the Dartmouth Comic Arts Festival on Sunday would be a huge understatement. I arrived a little late thanks to a railway crossing delay but no sooner did I have my table set up than I was met with a constant flow of parents, kids, teens, young artists, and comic fans of all ages. This was the second, now annual DCAF event and my second time attending as an artist. It is really exciting to see so many local people come out for a comic art show. The only “downside” is that I didn’t have time to say hi to any of my friends!

A huge thanks to Cal, Strange Adventures and all of the volunteers
who made DCAF 2013 possible and extending the invitation to me.

Thanks to everyone who stopped by my table to say hi and pick up some art or a copy of Starcrossed: Volume One. Several folks who already had a copy of the book sought me out to say how much they enjoyed it and that they’ve been telling friends about Starcrossed. I can’t tell you how great that is to hear. It really means a lot.

That reminds me, if you picked up an Artist Edition of Starcrossed: Volume One and you have a chance, take a snapshot of the sketch on the inside and I will add it to the artist edition gallery I’m putting together for the comic site. Kevin and Glen were kind enough to tweet pics of theirs. 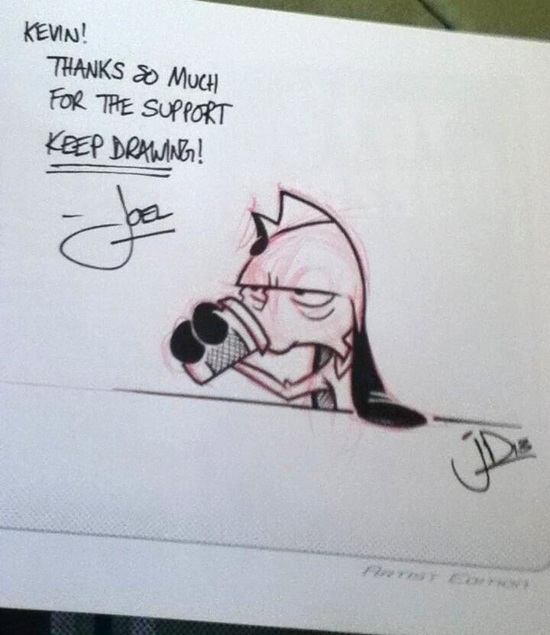 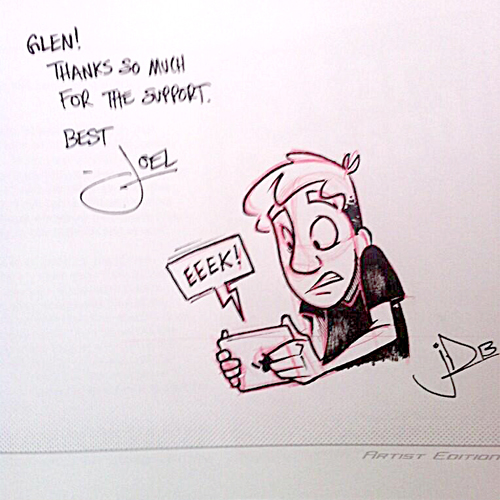 One thing you couldn’t miss about DCAF was seeing so many parents and kids enjoying the comic scene together. It was great! It makes me wish my current comic work was a little less PG-13 and a little more Saturday morning cartoon… Maybe someday! If you are a comic enthusiastic parent with a comic curious kid, I highly recommend you stop by Strange Adventures in either the Halifax or Dartmouth – both conveniently localed in the downtown areas – and speak with the very knowledgible staff on age appropriate comics. Strange Adventures also keeps a shelf of local artists if you’re looking for something home grown. There are lots to choose from!

If you missed me at DCAF, the next event I will be attending is Hal-Con, from November 8th – 10th. I am still working out the details, but I will be sure to keep everyone posted.