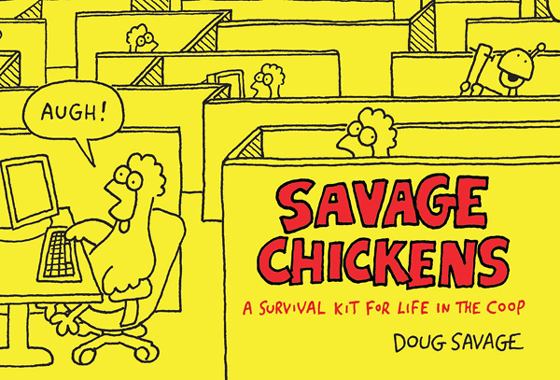 Doug Savage is a very busy man. I first met Doug through our first conversation with him on Comics Coast to Coast Episode 140 in 2012. It’s always a pleasure to pull up to the mic and talk shop. This past November, Doug and his wife Janet were here in Halifax and we had a chance to talk over beer instead of Skype. It’s always refreshing to meet other down to earth, kind, creative people. Doug’s visit to Halifax prompted a second interview on Comics Coast to Coast. We needed an update on his work on Savage Chickens and Doug had some great insight into licensing his comic.

How to find Doug Savage and his work: