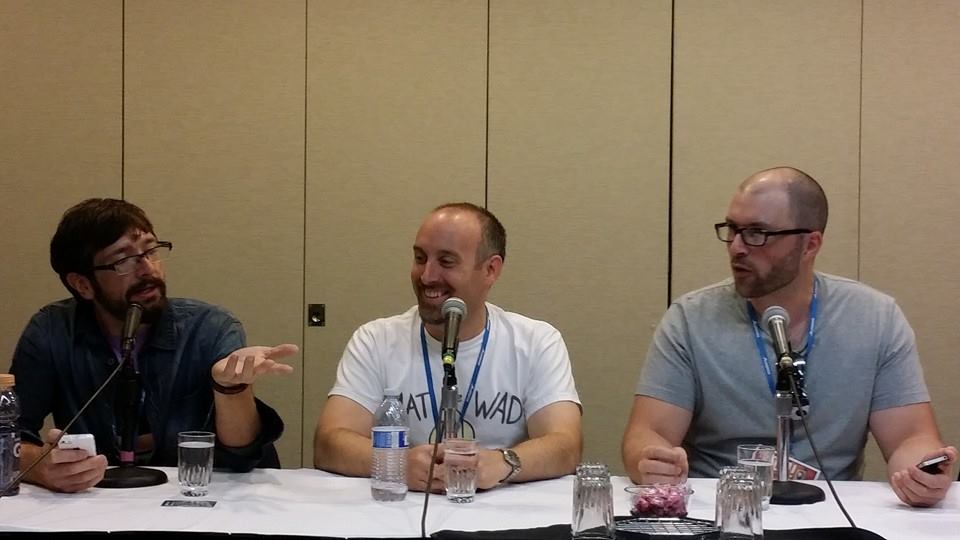 Brian Dunaway, Matthew Ducharme and myself are celebrating two years of podcasting together this year. The funny thing about podcasting is that you spend a great deal of time talking and planning with your co-hosts and spend almost no time with them in real life. I met Brian two years ago, but this year at Nerdtacular – the annual gathering of producers and podcast fans of the FrogPants network – was the first time that all three of us have been in the same room together. Comics Coast to Coast has been around for over 200 episodes. I came on board around Episode 115. I have yet to meet John Sanford, Justin Thompson or Tom Racine the other original hosts of the show, but that’s on my bucket list.

Recording live with a small studio audience was a real treat. So much so that we have arranged for Comics Coast to Coast to be broadcast live audio on Alpha Geek Radio from now on. Tune in live Thursday nights at 7PM Eastern Time at AlphaGeekRadio.com, Channel 2 or on the new Comics Coast to Coast live page.

How to find Lissy and En Voyage: