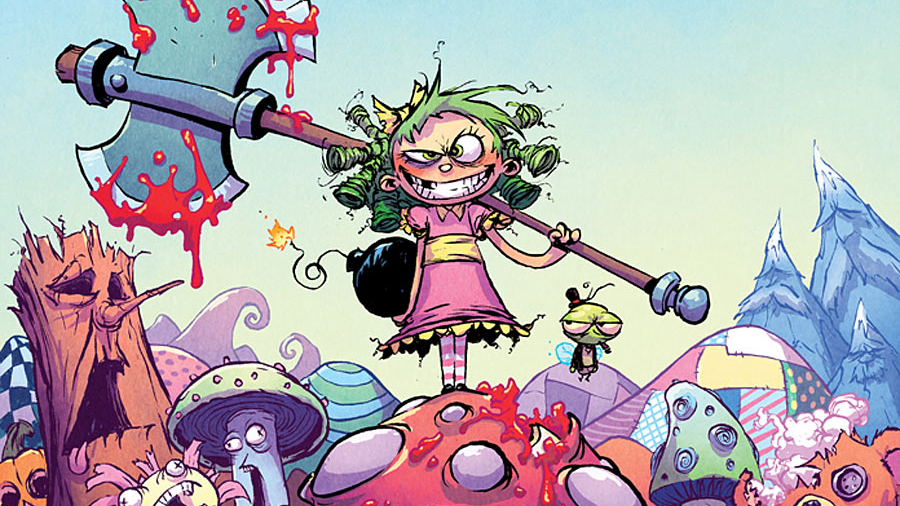 250 episodes of Comics Coast to Coast. Holy crap! I can now say with authority that I have been co-hosting and co-producing Comics Coast to Coast longer than I have not been. It’s a peculiar feeling to look back and think about my days brainstorming ideas and characters for Starcrossed while listening to then hosts Brian, John and Justin interview their favourite comic creators. I have been able to do the same since 2011.

I won’t get into a list of my favourite past interviews for fear of leaving someone out. One thing is for sure, it has been through Comics Coast to Coast that I have been able to speak to – to actually interview – some of my comic creating heroes. Last week I had the pleasure of crossing another name off of that list. Skottie Young!

I first started following Skottie’s work when my buddy Paton put a Human Torch comic book in my hand and said, “You need to check this out.” Skottie’s work immediately spoke to the cartoonist in me battling with wanting to draw main stream comic characters but not really jiving with the more traditional approach. Skottie’s work (And work ethic. The man is a machine.) has been a huge influence on my artistic career. Fast forward ten-plus years later and Skottie’s evolved, whimsical work is everywhere. Chances are you’ve seen his brush tackle your favourite 80’s childhood, Harry Potter, or Giant-Sized Little Marvel character.

Getting to interview Skottie was amazing.

On October 14th, Skottie is launching his first creator owned book, I Hate Fairyland. I’ll let him tell you all about it in the interview. All I can say is put the kids to bed, cover your nuts and bring a mop. I think Gert is going to take us all for rough ride through many fairytale misadventures. 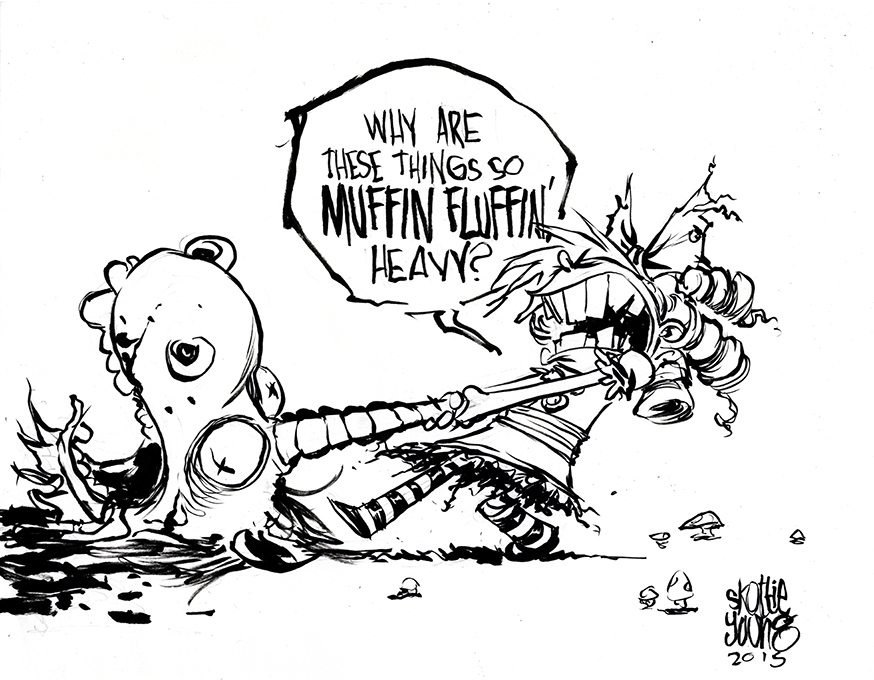 Check out all the latest from Skottie! 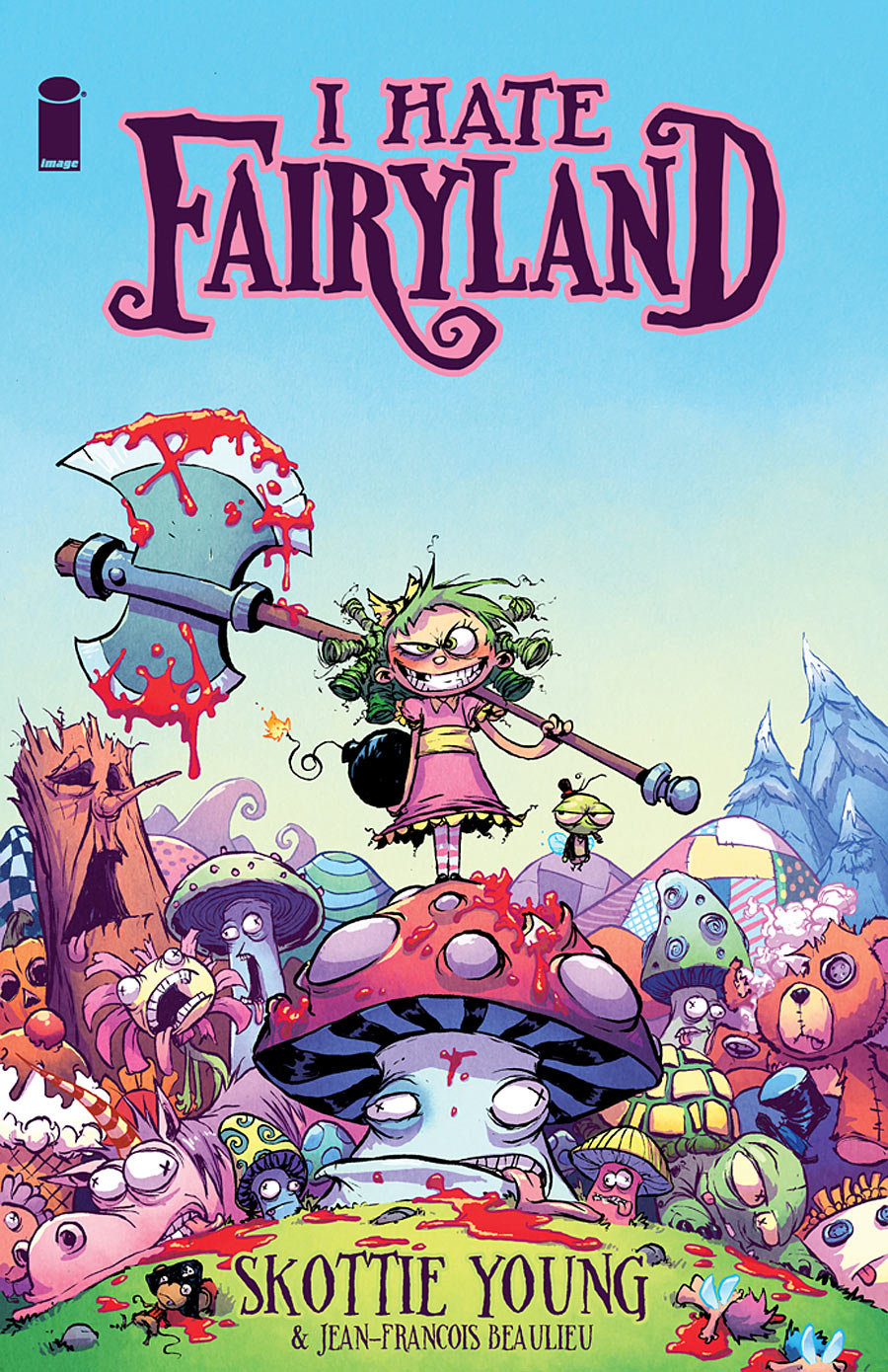 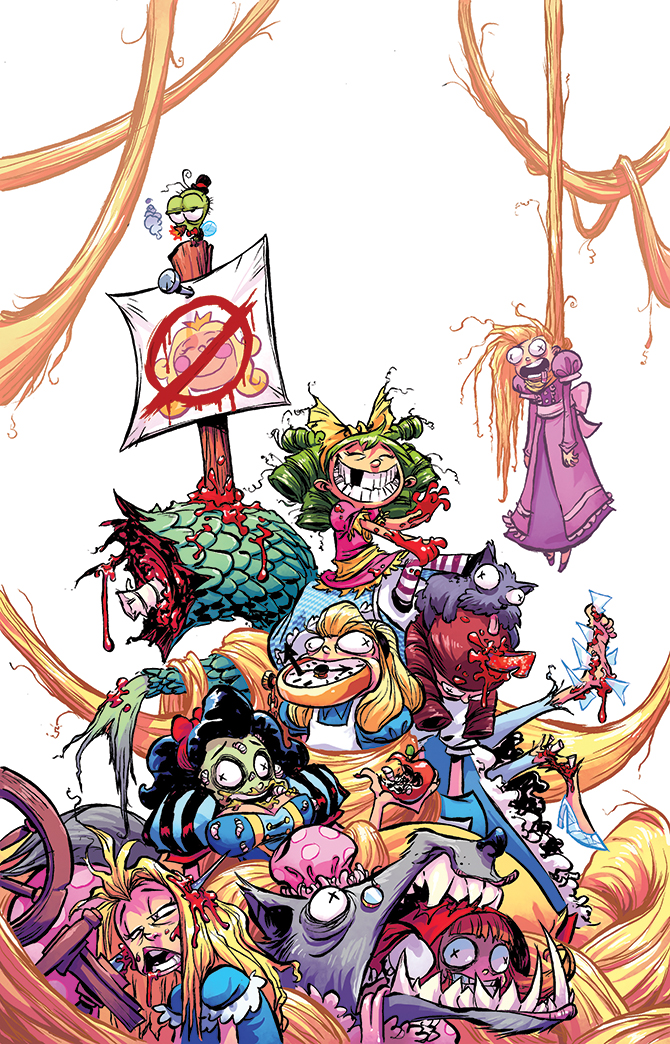 If you enjoy Comics Coast to Coast, please consider becoming a patron on our Patreon page: Patreon.com/comicsC2C

Even if you’re not the subscription type, just sharing the show with like minded friends is a huge help.