The State of Starcrossed 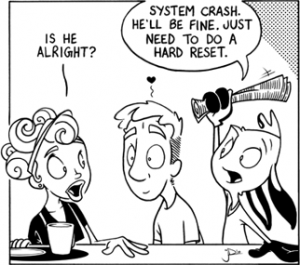 I just wanted to quickly update everyone on the state of Starcrossed. As it stands right now, I have a metric crap ton of contract and freelance work. This is a good thing! My illustration and design work fund my other projects, like my comic. That said, with some tight deadlines over the next two to four weeks, I’m not sure how often Starcrossed will be published. My plan is to still push for posting a weekly comic, but I can almost guarantee that it won’t be Mondays and will likely not be the same day every week.

In the mean time, you can look for new content from Comics Coast to Coast and The Citadel Cafe here in the blog, or via iTunes.

I have upcoming plans for Starcrossed in 2014 which will hopefully regulate the flow of comics and potentially offer new content. More on that soon!

Thanks in advance for your patience,